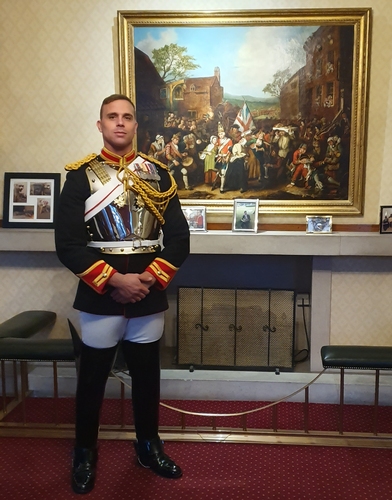 In 2019 I was in a deep depression, suffering severely with paranoia, anxiety and other symptoms associated with PTSD. I tried to fight the feelings for a long time but, the more I fought, the worse it became. It seemed as if soldiers and veterans were killing themselves on a weekly basis. An old friend I had served with hung himself, followed shortly by another friend and serving soldier who hung himself right outside my room door. At the time, I was in the worse place I have ever been mentally. Things were not looking bright. But with a lot of hard work, digging deep and soul-searching both by myself and with some amazing individuals in the military, I am now in a place where life has light, promise and prosperity. 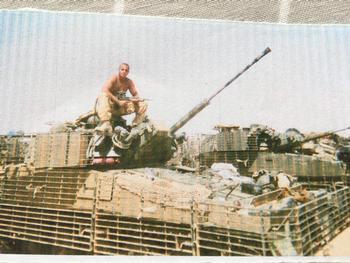 I have served for nearly 18 years in the British Army, completing several frontline tours in Afghanistan and Iraq. I have been blown up by RPGs (Rocket-Propelled Grenades) and with an IED (Improvised Explosive Device), experiencing hundreds of firefights and seeing my comrades, my friends, blown up on numerous occasions.

I have always been acutely aware that this is the life and sacrifice that us military personnel sign up for – to serve and protect. However, no matter how hard I tried – and I did try for years – I could not control my emotions when in a military environment.

The date for my formal medical discharge is 27th November 2020, and it scares me!

On the following day, the first of my adult life as a civilian, I will take my first steps of a run that will circumnavigate the entire UK and Northern Ireland with the help of the military family across the country.

The Head Up Trustees are taking part in a number of fundraising activities over the next two years. All four founders and trustees are fully committed to the charity and to prove their commitment they are all putting themselves out there to raise as much money as possible.

Fundraise for Head Up and join us today!

Your E-mail has been sent. We will be in contact with you soon.

Please refresh the page and re-submit the form.

SORRY
Your content caused an error and your email has not been sent.
Please remove any unusual characters and try again